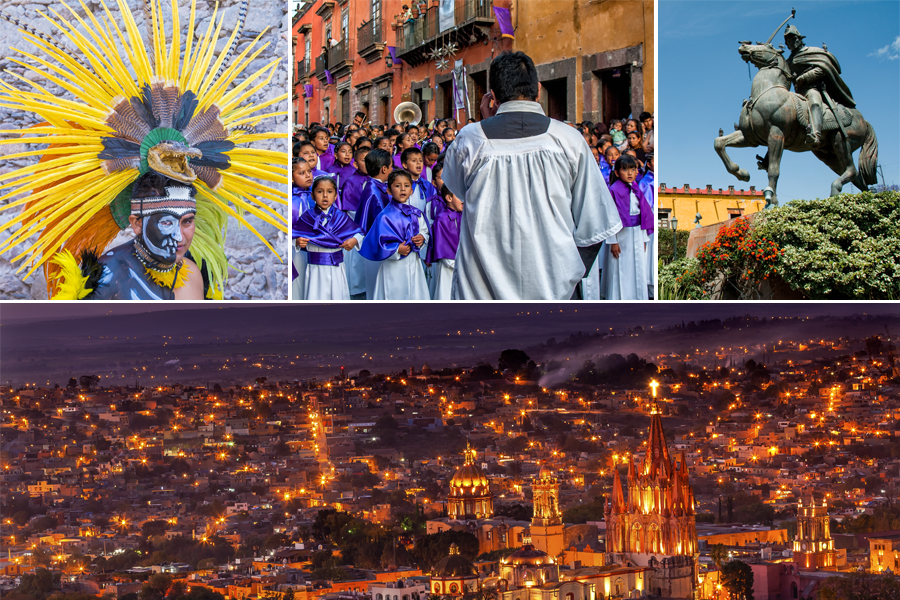 The imposing and peculiar Cathedral stands out among the colonial landscape that surrounds it, an artist’s melting-pot fed by: Spaniards, créoles and natives – reflected in the corporeal and incorporeal heritage of the town. An incomparable kaleidoscope of our country’s ‘mestizo’ soul. San Miguel de Allende is home to one of the most distinctive church buildings in Mexico: An edifice whose construction began in 1570 and was completed near the end of the 19th Century, it features a clearly Barroque inspiration, as evidenced by its spectacular neo-gothic façade.

Today, the Sanctuary of Jesus of Nazareth in Atotonilco serves as a permanent example of the exchange between the European and Latin American cultures. The architectural order and interior decor bear testimony to the interpretation and adaptation of St. Ignatius of Loyola’s doctrine.